Guilty, But Who Cares? 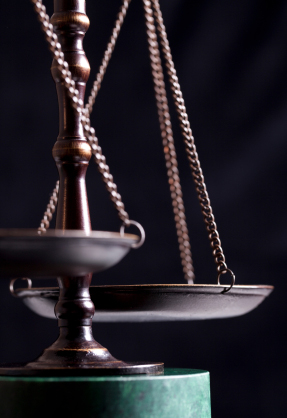 An Analysis of the Charges against Trump’s Campaign Manager

Most people who know me know I spent my career as a public defender.  Most people know I’m a fire-breathing liberal.  That’s a given.  A Republican public defender is an oxymoron.  So, now that the Donald’s campaign manager has been charged with a misdemeanor battery for yanking on the arm of a reporter who was attempting to ask the Donald a question, I find myself drawn to the burning question:  Is he guilty?

Let’s put aside, for the moment, the pressing political questions of why this man is still working for the Donald, whether the Donald’s rhetoric and oratorical style encourage and condone increasing levels of violence at his rallies, and whether the Donald deliberately raised a firestorm with his apparent ignorance of the Republican hypocrisy on the abortion/punishment issue just to avert attention from the criminality of his campaign staff.

Let’s just look at this case from the point of view of an experienced trial attorney and ask the obvious question:  Will Corey Lewandowski be convicted of the crime he allegedly committed while acting as a potential future President’s campaign manager? That’s a different question from “Is he guilty?”  In analyzing the evidence, it seems pretty clear that his guy, in fact, committed a misdemeanor battery.  But in my experience, I find it doubtful that a jury would convict him of a crime.

I’ve studied the police report,  the statements of the reporter/victim, the reporter/eye witness, the video tape, and the statements of the accused, Mr. Lewandowski. Links to the police report and videotape can be found at the end of this article. In reviewing the evidence, it is clear that he prosecutor was well within the norms of charging discretion in filing the case and forcing this gentleman to answer for his behavior.  He is charged with misdemeanor battery under Florida’s Title XLVI-Crimes, section 784.03-Battery.
Under this statute:
(1)(a) The offense of battery occurs when a person:
1) Actually and intentionally touches or strikes another person against the will of the other

According to the police report, Michelle Fields, at the time a reporter for Breitbart, asked Mr. Trump a question as he was leaving an event, taking questions and signing autographs. She held up her cell phone to record his response. She then “felt someone yank her left arm,” and that “she fell back but caught herself from falling.”  She also presented the police with a photograph of bruises on her arm which she claims were caused by the force of Mr. Lewandowski’s “yank.” She did this to corroborate her story as injuries are not necessary to prove a misdemeanor battery.

Her version of events was witnessed and backed up by Washington Post reporter Ben Terris in a subsequent interview with the police. The identification of Mr. Lewandowski as the perpetrator was made by Mr. Terris and corroborated by the audio of Ms. Fields’ cell phone which is transcribed in the police report, “Holy shit, I can’t believe he just did that . . .that was so hard, was that Corey? You should have felt how hard he just grabbed me.”  Ben Terris is then heard saying, “He just threw you out of the way, like what threat were you?”

In subsequent media statements, Mr. Lewandowski denied that he touched Michelle Fields or even that he knew her.  A surveillance video released after Mr. Lewandowski’s denials, and referenced in the police report, shows the campaign manager with his hand on Mr. Fields arm and provides further corroboration of the two reporters’ version of events. The link to the video is at the end of this article.

That’s the prosecutor’s case: Victim’s statement, consistent with eye witness’s statement, corroborated by a photograph of bruising, audio from the cell phone, and an independent surveillance video.  No injury is required for misdemeanor battery, no slugging with a closed fist, no egregious violence. Just an unwanted touching and general criminal intent, which means that he intended to touch her.  It’s a simple case.  He appears to be guilty.  Most misdemeanors are tried by inexperienced prosecutors, and an inexperienced prosecutor would call this case a slam dunk.

But this is no slam dunk.  There are twelve jurors (six in Florida – terrible law) who stand between the slam dunk and the realities of criminal jury trials.  As a public defender, I have many times left the courtroom, scratching my head and asked, “What were those people thinking?” when the jury returned a not guilty verdict on a case that appeared to be a slam dunk for the prosecution.  A lot of people don’t realize that only the client gets to decide whether to go to trial or take a plea deal, so many slam dunks get tried by public defenders with only a smile and a tap dance for a closing argument. Why do we win those?

There’s a little secret about criminal defense attorneys that only a few outsiders know. We are experts at manipulating the emotions of jurors.  We are experts at picking jurors who will feel a certain way about a given set of facts. We are experts at appealing to those emotions needed to win a case.  And we love to win. It’s our job, our ethical responsibility to provide zealous advocacy to our clients. We don’t decide who’s guilty and who’s not.  We look at the evidence, advise our clients, and if they want a trial in a tough case, we give it our best shot.

We’ve all heard the responses to some of the Trump supporters who have seen the videotape contradicting the denials of Corey Lewandowski. “What?  Are you kidding me?  That’s a battery?”  “He just brushed by her.”  “I didn’t see him knock her down, did you?”  These people are viewing the same evidence as normal people, but their responses are colored by their belief in the Donald and his unflinching loyalty to his “people.”  For an understanding of Trump supporters, I suggest this excellent article, which gives insight into their psyche without demeaning or insulting them. http://www.vox.com/2016/3/1/11127424/trump-authoritarianism

The Guilty, But Who Cares? Verdict

Of course, no competent prosecutor would allow an avid Trump supporter on a jury deciding the guilt or innocence of his campaign manager. But the responses of his supporters to the videotape of the incident provide some insight into how a criminal defense attorney might approach this case. The response of Trump supporters that most explains why simple batteries are so difficult for prosecutors to prove is the, “Are you kidding me?  That’s a battery?”  Jury instructions explaining to jurors that no injury is required, that just the touching is enough are just not explicit enough for some jurors to comprehend.  Jurors often substitute their emotions or their unconscious preference for what the law should be for what it is.  In my public defender days, we called this the “Guilty, But Who Cares?” verdict phenomenon.

It is just difficult for certain types of jurors to convict someone of a crime when the incident seems so silly, so insignificant in the scheme of things that a criminal conviction just doesn’t seem right. This could be exacerbated if there is any hint of political motivations. In deliberations, these jurors might focus on the credibility of the victim (“she said she fell back, I didn’t see that on the video”), the weakness of the evidence (“she could have gotten those bruises anywhere”), or any bizarre defense that is offered (“he was just protecting the Donald from her”) in order to reach what they consider to be the right verdict.  Not Guilty.  This is just not a crime.

In my opinion, this is the most probable outcome of the case if it goes to trial. It will probably be a Guilty, But Who Cares?  verdict, or translated into English:  Not Guilty.

Should this case have been filed?  Not my call.  Could this all have been avoided?  Of course.  Corey Lewandowski could have simply apologized to Michelle Fields, the Breitbart editor could have refrained from throwing his reporter under the bus, or Trump could have acted in the manner of a normal presidential candidate and expressed some concern that one of his staff may have laid hands on a member of the media. The very concept of this occurring raises red flags about the nature of the Trump campaign. But no, Trump was involved.  Excessive drama needed to be the order of the day, and it was.  In a normal, non-high profile situation, the case may not have been filed.  Or it may have gone through a misdemeanor diversion program:  do something like go to an anger management class, or stay out of trouble for six months and we won’t file it. Or the prosecutor would offer an infraction to make it go away. But this is not a normal situation.  We’re talking Trump, here.