The Supremes: One Man One Vote, Gerrymandering & ASSoL 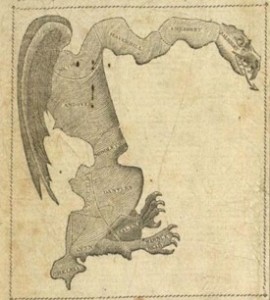 Did you hear that collective sigh of relief? It happened when the Supremes, in a unanimous opinion, refused to allow a right wing, white conservative group to upend over 50 years of judicial precedent and further bolster the already undemocratic superpower of the Republican voter. In Evenwel v. Abbott, the notorious Ruth Bader Ginsberg pens a unanimous ruling upholding the practice of state legislatures of using total population figures obtained through the federal census to apportion state legislative districts.

Two voters brought suit against the Texas legislature to challenge the practice and require states to apportion districts based only on eligible voters. The effect of this would be to exclude from the count children, prisoners, ex-felons and immigrants not yet eligible to vote and change the way districts have been apportioned for decades. The numbers don’t lie. The real effect of the challenge, and the reason it was brought, is that it would dilute the power of Democrats who tend to cluster in cities with the highest concentration of people, and enhance the power of Republicans who tend to occupy rural districts populated by far fewer people but far more eligible voters. That is why the suit was brought and that’s why this ruling is such a relief for democracy-minded people. All people deserve to be represented, not just those that favor Republicans.

The case was conceived and financed by Edward Blum and his Project on Fair Representation, a non-profit legal defense fund program that is designed to support litigation that challenges racial and ethnic classifications and preferences in state and federal courts. They have brought most of the major cases challenging the Voting Rights Act and any type of racial consideration in education. Before flying off the handle at how much you hate affirmative action, consider this. We enslaved African Americans for centuries, legally marginalized them in society and prevented them from voting with Jim Crow, red-lined them out of white neighborhoods until the 1968 Open Housing Act, continue to enforce criminal laws that imprison them in grossly disproportionate numbers, and shoot them while unarmed in equally disproportionate numbers. But any consideration of race in government decisions affecting equality is repugnant to this group, and they are putting their money and their might behind litigation to stop it.

But this case isn’t about affirmative action, it’s about basic representation. Most people don’t seem to understand that the Constitution of the United States applies to all persons within our borders, not just U.S. Citizens. Only U.S. citizens over a certain age can vote, but all persons, including children, felons, and even people within our borders who may be here unlawfully are entitled to the protections of the Constitution, specifically the Bill of Rights. In other words, citizens get the franchise, but all people get the protections. The plaintiffs in this constitutional challenge suit and their backers want to obfuscate this constitutional protection. They seek to deny disenfranchised voters the right to petition the government that represents them as required by the First Amendment.  All residents must be counted when determining districting in all representative institutions, even state houses. They are represented by the government that presides over the places where they live. Most pay taxes, and even children’s lives are affected by this representation. To my Tea Party Patriot friends, please don’t forget that we had a revolution over concepts like “taxation without representation.”

While this decision was unanimous, Justice Alito (affectionately called Scalito by people who think like me) and Justice Thomas concurred with the opinion for different reasons. I’ll leave it to your imaginations to determine why. The decision is also not conclusive on this insidious attack on equality of representation. The opinion only upholds the standard practice on using census figures in determining state apportionment; it doesn’t require it. The law is left open for more tampering by future red states which may see fit to test the waters on these types of challenges to the one man, one vote principle. (I prefer one person, one vote).

Why do I suggest that the Republican voter has superpowers in representation? One need only look at the U.S. House of Representatives and how the state legislatures have gerrymandered in a Republican stranglehold on the institution that will be nearly impossible to overcome even though far more people nationwide vote democratic in house races. In 2012, the first election after the 2010 Republican Tea Party take-over of state houses who draw congressional maps, 1.37 million more people voted Democratic than Republican, but Democrats only won 201 house seats as compared to 234 for Republicans. This is undemocratic, minority rule. http://billmoyers.com/2014/11/05/gerrymandering-rigged-2014-elections-republican-advantage/

For my Republican friends, consider this.  Gerrymandering may have given you a house majority, but this Republican majority is increasingly more afraid of its ever more conservative constituency, leading to more and more far right challenges to the very concept of governance.  The polarization and nihilistic leanings of this constituency may be leading to the non-viability of the Republican Party as a national political entity.

And speaking of Justice Antonin Scalia, a recent event has highlighted the apparent blindness of conservatives to the danger of  spot-lighting their views. I just can’t resist throwing in the comic relief the brain-trusts at George Mason University created when they announced that they would be renaming their law school “the Antonin Scalia School of Law” in honor of the late, great Supreme Court jurist. Can you imagine the honor of being a law professor at ASSoL? According to New York Magazine, it took Twitter to point out the danger of honoring a conservative ideologue who favored oligarchy and discrimination against gays without first checking the appearance of the acronym. http://nymag.com/daily/intelligencer/2016/04/antonin-scalia-school-renamed-due-to-acronym.html

It would have been entertaining to see how long it took Justice Scalia’s sycophants to see irony.